Austria take on Hungary, in Match 11 of the ongoing UEFA Euro 2016, at the Stade de Bordeaux in Bordeaux on Tuesday.

Minnows Austria take on Hungary, in Match 11 of the ongoing UEFA Euro 2016, at the Stade de Bordeaux in Bordeaux on Tuesday, as the live football streaming of the match is available on Sony LIV and ESPN.in, while the live telecast is available on Sony SIX, Sony SIX HD, Sony ESPN and Sony ESPN HD, along with commentary in English, Hindi, Bengali, Tamil and Telugu. Austria and Hungary may be neighbours, but it is indeed staggering to learn that this is the first time in a UEFA EURO final tournament that they are facing off, since 1934. The two countries have clashed as many as 138 times in history, but this will be the first game ever between Austria and Hungary in UEFA EURO finals.

The game will also witness history being made as the Hungary goalkeeper, Gabor Klraly, will become the first player who is 40-years-old and is taking part in UEFA EURO finals. If Klraly is on the verge to create history, there will be his teammate Adam Szalai in tremendous pressure. Hungary are playing their first EURO finals after 44 years and the team’s only striker Szalai has not scored a goal since as long as December 2014. The striker and his team will certainly be in a lot of pressure keeping this in mind.

The pressure gets further on Hungary as two of their main players, Tamas Kadar and Gergo Lovrencsics, are injured and are not likely to play in this historic match. It remains to be seen what combination Austria start with, as there is a big question around the position of Martin Harnik and Marcel Sabitzer. The team is on a winning spree, having won all their last nine games including the qualifying campaign and their current form certainly gives them some edge over their opponents. 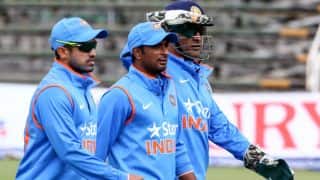 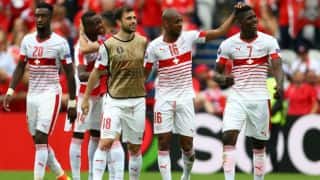