Belgium head into their Euro 2016 clash with the Republic of Ireland on Saturday desperate to atone for their opening defeat to Italy.

Bordeaux: Belgium head into their Euro 2016 clash with the Republic of Ireland on Saturday desperate to atone for their opening defeat to Italy as debate rages about whether Romelu Lukaku should be dropped. Marc Wilmots’ much-fancied side are second in the FIFA world rankings but they disappointed in a 2-0 loss to Italy in their first Group E outing in Lyon on Monday. Lukaku’s profligacy in front of goal contributed to that loss and coach Wilmots has indicated that, with Michy Batshuayi, Divock Origi and Christian Benteke all waiting in the wings, the Everton striker could pay the price in Bordeaux. FULL FOOTBALL SCORE: Euro 2016, Belgium vs Republic of Ireland, Group E, Match 22 at Bordeaux

“Certain other strikers are working very well in training and will maybe get their chance,” Wilmots said at the Belgian base before implicitly criticising Lukaku’s work-rate. “I want more pressure on the opposition defence. I watched Romania’s striker [Florin Andone] against France. He works hard for the team. That’s important.” Lukaku is far from the only Belgian player in the firing line, however, as midfield duo Marouane Fellaini and Radja Nainggolan as well as right-back Laurent Ciman are also at risk of being dropped for the match at the impressive Matmut Atlantique stadium.

Either captain Eden Hazard or Kevin De Bruyne — who have both been back in training after picking up knocks against Italy — could play in a central role behind the striker while Dries Mertens, of Napoli, is a contender to start. One thing is certain, however — Wilmots will not veer from his favoured 4-2-3-1 formation.

“You can lose one match, you can lose two matches. I will leave everyone else to judge whether we have been good or not, but I won’t change my philosophy,” added the 47-year-old coach. “This is a four-year project. We can’t let one defeat call into question everything we have accomplished.” Another defeat for Belgium could prove fatal to their prospects, although it is half a century since they lost to Ireland and they have never been beaten by the Irish in a competitive game.

Ireland are looking to build on a promising display in drawing 1-1 with Zlatan Ibrahimovic’s Sweden at the Stade de France in a match that featured a brilliant goal by diminutive playmaker Wes Hoolahan. Martin O’Neill’s side already have one point more than they garnered in three games at Euro 2012 but the manager knows Belgium represent an altogether different challenge to that posed by a limited Sweden.

“When the group was announced, I think that Belgium finishing any worse than second is not something that they would have contemplated, so they will be coming out all guns blazing,” O’Neill said at Ireland’s base in Versailles, near Paris. “They are possibly the most talented set of individual players at the tournament, that would be my view of them. It will be a tough night for us. We want to try to make it as tough for them as well.” 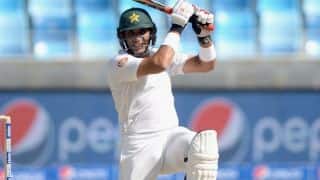