Russia’s Alexander Kokorin scored in the 6th minute before Czech Republic’s Tomas Rosicky shot a goal in the 49th minute and Tomas Necid in the 90th minute.

Russia were beaten 1-2 by the Czech Republic in a friendly football match aimed at preparing for the 2016 Euros. During the match that took place at the Tivoli stadium on Wednesday, Russia’s Alexander Kokorin scored in the 6th minute, reports Tass. The Czech Republic’s Tomas Rosicky shot a goal in the 49th minute and Tomas Necid in the 90th minute.

Roman Neustadter, who got Russian citizenship May 25, held his first match for the national team. Russia’s national team will hold one more friendly as part of preparation for Euro 2016. On June 5, the Russians will play Serbia.

The 2016 Euros will be held in France between June 10 and July 10 with matches to be played in 10 different locations, namely in Bordeaux, Lens, Lille, Lyon, Marseille, Nice, Paris, Saint-Denis, Saint-Etienne and Toulouse.

A total of 24 European national teams qualified for the Euro Cup final tournament in 2016. The contesting teams were divided into six groups and Russia was placed into Group B, sharing it with the teams from England, Wales and Slovakia. 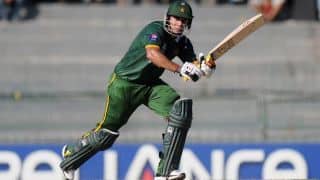