Catch all the live streaming and telecast of Euro 2016, England vs Russia, Group B match here.

This is will be third consecutive match of the day as it pits England against Russia. Both teams will play the first in Group B, Match 4 of the UEFA Euro 2016 at the Stade Velodrome in Marseille on Sunday. Both teams are placed along Wales and Slovakia. You can watch the live telecast on Sony ESPN, Sony ESPN HD, Sony Six and Sony Six HD. Live streaming of the match is also available on SonyLiv.com. The match will start at 00.30 am Indian Standard Time (IST) on Sunday, June, 12.

England remained unbeaten in the qualifying campaign of the Euro 2016, while they also have managed to lose just a couple of games off the 21 games they have played since the FIFA World Cup 2014 group stage elimination. Thus, their current performance speaks for themselves. Their biggest win in the recent times has come against San Marino, whom they drubbed 6-0 away in September 2015. Russia qualified for the 2016 Euro’s after finishing second in their Group, which was topped by Austria. Russia won 6 out of 10 matches to attain direct qualification into main draw for Euro 2016. Russia Artem Dzyuba was the top scorer of the group netting a total of 8 goals along side Sweden’s Zlatan Ibrahimovic. Russia are placed in what some people will call the group of death along side England, Wales and Slovakia 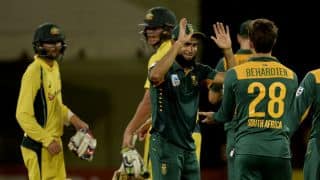