England will play against Slovakia in Match 27 of Euro 2016 at the Stade Geoffroy Guichard, Saint-Etienne in France.

England will play against Slovakia in Match 27 of Euro 2016. The match will be played at the Stade Geoffroy Guichard, Saint-Etienne in France. Things have heated up as the third round of fixtures takes place in the tournament. England will look to seal a victory and head into the next stage of the Euros in the Group B encounter. With a 2-1 win against Wales after a Daniel Sturridge goal in the closing stages of the game, England hold the top spot in the group. Slovakia on the other hand created a massive upset beating Russia 2-1 to win their first match of the competition after they were beaten by Wales in the first game.

England manager Roy Hodgson would have been a happy man after his side found the goal to win the match against Wales. The win was a crucial one in context of the Group that England are in. Also, Jamie Vardy scored the first goal for them. It had a hint of offside about it, but nonetheless their main striker scoring for them would have made him satisfied as well. Against Slovakia though they will still have to be upto their best. Their defenders will know that Slovakia’s attack can cause trouble and make them pay for mistakes at the back.

Sloavakia come into the game with momentum as well. Their performance against Russia was superb. They scored two goals, both in the first half and although they did concede one in the 80th minute, they made sure Russia doesn’t score an equalizer. Vladimír Weiss scored the first goal for Slovakia whereas Marek Hamšík scored the second. Against England though. they will again have to play out of their skin to win it. If they win it, they will qualify for the quarter-finals. Coach Ján Kozák will have to be spot on with his tactics however, if they hope to go one more step further. 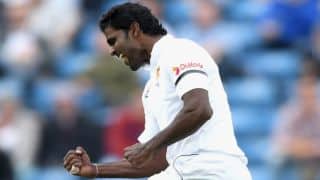