Chantilly (France): Exchanges this week between Wales star Gareth Bale and England manager Roy Hodgson represented the latest potshots in an uneven football rivalry that stretches back 137 years. Speaking ahead of his side’s 2-1 win over Slovakia in their Euro 2016 opener, Bale said that England, who Wales face in Lens on Thursday, “big themselves up before they’ve done anything”. It prompted Hodgson to shoot back that the Real Madrid forward had been “disrespectful”. England midfielder Jack Wilshere upped the ante by declaring that the dislike between the countries was mutual. LIVE FOOTBALL SCORECARD: Euro 2016, England vs Wales, Group B, Match 16 at Lens Agglo

England’s 1-1 draw with Russia in their first Group B game means that Wales will go into the match with the upper hand, which is not a position to which they are accustomed. A goal by Thomas Heathcote Sorby earned England a 2-1 victory over Wales when the teams first met at London’s Kennington Oval in January 1879. It set the tone for much of what was to follow.

In 101 meetings between the teams, England have lost on only 14 occasions. Between 1946 and 1976 they tasted defeat just once in 33 encounters. Wales’s few wins have been celebrated exuberantly, most notably in the 1980 edition of the now-defunct British Home Championship, when an England team that had beaten world champions Argentina four days earlier was thrashed 4-1 at Wrexham’s Racecourse Ground.

In the main, however, England have had things their way. This century, the teams have only met four times and England have won all four games without conceding a goal. Historically, the relationship between the two nations has been one of English incursions and Welsh resentment, from King Edward I’s invasion of Wales in the 13th century to Prime Minister Margaret Thatcher’s war on striking Welsh coalminers in the 1980s.

Today, Wales answers to the British government in London, although it was given a degree of political autonomy by the creation of the Welsh Assembly in 1999. “Wales is administratively part of England and so Welsh national identity is a rather contested area,” Huw Richards, a Welsh journalist and academic, told AFP. “An awful lot of Welsh national identity is tied into the relationship with England and is about not being England, being different.”

Welsh mistrust of England was encapsulated by former Wales rugby player Phil Bennett in a speech to his team-mates prior to a game against England in 1977. “Look what these bastards have done to Wales,” Bennett is reputed to have bellowed in the Cardiff Arms Park changing room. “They’ve taken our coal, our water, our steel. They buy our homes and only live in them for a fortnight every year. What have they given us? Absolutely nothing.”

Wales won the game that followed, but while the rugby pitches of London and Cardiff have long been level playing fields, competing on a par with England in football is a novelty. “On the football pitch, they’re the ones we want to beat above all others,” says Christian Mason, a 46-year-old Wales fan from Gwent in southeast Wales. “It’s about proving who we are. If they don’t beat us, they’re going to get absolutely hammered by their press and their supporters because they just see us as a nothing.”

Whereas England see Germany and Argentina as their biggest football rivals, Wales only have eyes for their neighbours. This is often perceived by English fans – who are generally supportive of Wales – as pettiness. Asked by AFP if the rivalry mattered more to Wales, England midfielder Adam Lallana said: “People are saying everyone wants to gain the English scalp, but I don’t think that’s just Wales.

“That’s more or less every other country. They play England, want to up their game, want to beat us, and we thrive off that.” Bale and his team-mates were on a plane awaiting take-off at Bordeaux-Merignac Airport when news of Russia’s stoppage-time equaliser against England came through and were said to have reacted with loud cheers. A win over the old enemy on Thursday would echo long and loud. 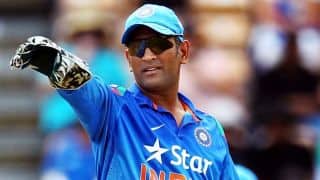 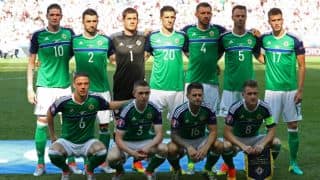 Euro 2016, Ukraine vs Northern Ireland, Prediction and Preview, Group C, Match 17 at Lyon: Do or die clash for IRE