German football legend Franz Beckenbauer has said he would prefer two-time defending champions Spain rather than Italy as his country’s opponent in the high-octane European Championship quarter-final.

Munich: German football legend Franz Beckenbauer has said he would prefer two-time defending champions Spain rather than Italy as his country’s opponent in the high-octane European Championship quarter-final. Germany booked their place in the last eight with a comfortable 3-0 victory over Slovakia at Lyon on Sunday. Their opponents in the quarter-finals will be the winner of the pre-quarterfinal clash between Spain and 2012 runners-up Italy, who knocked out Joachim Low’s side en route to that final four years ago.

Despite criticism of a lack of star quality in Antonio Conte’s Italy squad, Beckenbauer would prefer to face the holders in the next stage. “Big compliments for that win against Slovakia. The quarter-final will be against Spain or Italy now. Spain is more flexible, but still I’d rather have them as opponents. Italy eliminated us too often without being the better team,” the two-time Ballon d’Or winner was quoted as saying by German newspaper Bild on Sunday.

“Still, no matter who it is, we don’t need to be scared,” the Bayern Munich legend added. Hosts France have been tipped to challenge for a first title since Euro 2000, but Beckenbauer thought they looked “clumsy” when coming from behind to beat Republic of Ireland 2-1 in the last 16.

“They had players who ran into each other several times. In a round-of-16 match at a European Championship, for a title candidate it looked clumsy,” Beckenbauer, who captained and coached West Germany to World Cup triumphs in 1974 and 1990, respectively, pointed out. 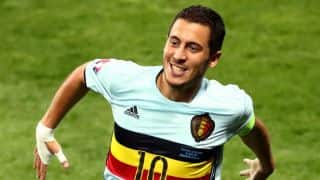