Clashes during the game between England and Russia had resulted in violence across and nearby the stadium.

At least 323 persons were arrested following violent clashes between fans of rival soccer clubs in France, since the start of the European football tournament on June 10, an official said on Thursday. Some 196 people were taken into custody, eight sentenced to jail terms and three given suspended sentences while 24 others would be sent home, Xinhua news agency reported an official as saying. The ministry did not give details about the nationality of the expelled people but local media reported that they were all Russians. They were accused of committing violent acts which left 35 people injured on the sidelines of the game between England and Russia on June 11.

Amid the rising risk of violence that could mar the big sports event, the interior ministry pledged full determination to continue these security actions throughout the competition. 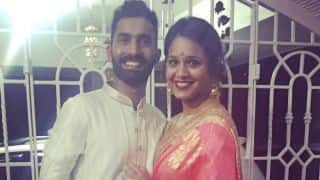