Introduction: For the first time 24 teams are participating in Euro 2016 following a qualifying campaign earlier. Euro Cup has been contested every four years showcasing the talents in the continent since its inception. This will consists of league matches, Play-offs and final tournament. The qualifying round is made up of nine groups consisting of five or six teams that will be played at home or away. The nine group winners, the nine group runners-up and the best third-placed side will qualify directly for the final tournament. The eight remaining third-placed teams will contest play-offs to determine the last four qualifiers for the finals. The inaugural edition of Euro witnessed four teams, in 1980 it expanded to eight and it doubled up in 1996 till date.

History: Hungary have earlier ended up runners-up in Fifa World Cups of 1938 and 1954. It does not stop there; they have also claimed the three Olympic titles. Hungary have failed to qualify for 14 successive major tournaments despite reaching the 1986 World Cup. Hungary are most dangerous from set pieces.  Hungary’s name is a romantic one in football, but they have struggled in recent years, as this is their first major tournament since 1986.

Current form: Hungary managed to reach the third spot in play-offs in Group F amongst the weakest group. They faced Norway in the playoffs and performed superbly in both legs to win 1-0 in Oslo and 2-1 at home, with the highlight being a marvellous goal from ex-Watford and Ipswich striker Tamas Priskin. Hungary ended their 30-year wait for a major tournament appearance with this play-off second-leg win, qualifying 3-1 on aggregate against Norway recently.

Players to watch out: Hungary captain Balazs Dzsudzsak has an eye for goal and he has scored 17 times in 75 matches played so far. He has been decisive in his task especially in international arena. He has also netted a famous equaliser in the qualifying draw with rivals Romania. The golden age of Ferenc Puskás, József Bozsik, Sándor Kocsis and the rest of the Mighty Magyars, who reigned supreme in the 1950s, is a distant memory and this will be the moment to change the scenario.

Schedule: Hungary is placed in Group F alongside Portugal, Iceland and Austria. The schedule for Hungary is as follows: 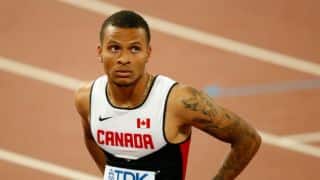