Hungary will face Ireland in the 23rd match of Euro 2016 at the Stade Vélodrome in Marseille.

Iceland will take on Hungery in Match 23 of Euro 2016. You can watch the ICE vs HUN live telecast on Sony ESPN, Sony ESPN HD, Sony Six and Sony Six HD. The live streaming of the match is also available on SonyLiv.com. The match will start at 9:30 PM Indian Standard Time (IST) on Saturday, June, 18. The match will be played at the Stade Vélodrome in Marseille. Hungary lead the points table for Group F as they were the only team who won in the first round of matches in their group. They surprised Austria with a 2-0 win in their first match. Iceland howeveer, also played some brilliant football against a much stronger Portugal side. They managed to get a draw and will fight it out today for a win.

Hungary raced ahead of Austria after Ádám Szalai scored the first goal of the game. They got their second goal in the closing stages of the game after Zoltán Stieber chipped the ball past Robert Almer and made it 2-0. They hung on and created a massive upset in the competition.

Iceland on the other hand, conceded a goal at the 30-minute mark when Nani scored for Portugal, but they came back into the match just after half-time as Birkir Bjarnason volleyed a ball past the Portugal goalie. Iceland, will again have to be at their best to stop Hungary who not only look in form, but also have the upper hand when talking about wins in previous matches. Hungary have won 7 matches against Iceland in the past. 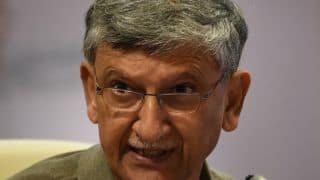