Italy edged out Sweden 1-0 in a high tempo Group E encounter at the Stadium de Toulouse on Friday at the ongoing Euro 2016.

Toulouse (France): Italy edged out Sweden 1-0 in a high tempo Group E encounter at the Stadium de Toulouse on Friday to register their second successive victory at the ongoing Euro Cup football chamionship. Eder (88th minute) struck the winner for the four-time World Cup winners in the closing stages of an exciting contest between two equally matched teams. Italy are now virtually assured of a place in the round of 16. The ‘Azurri’ are at the top of Group E with six points from two matches. They had beaten World No.2 Belgium – the highest ranked team in the tournament – 2-0 in the first match of their campaign.

Sweden are totterring at the brink of elimination with just one point from two matches, having eked out an unconvincing 1-1 draw with Ireland earlier. They will need a win over bottom-placed Belgium in their last group match to be in with a chance to enter the knockout phase. It was one of the most exciting matches of the tournament so far with both teams having their fair share of close chances, although the Swedes enjoyed more possession.

It required a moment of magic to break the deadlock and it took Italy’s Brazilian bprn striker Eder to provide one. Receiving a throw in from the left touchline by Giorgio Chiellini, Simone Zaza headed the ball into the path of Eder at the edge of the Sweden penalty box. The Brazilian danced througn the Sweden defence before bulging the net with an excellent finish. The Swedes besieged the Italian penalty box in frantic search of an equaliser, but was not able to pierce the Italian defensive wall. 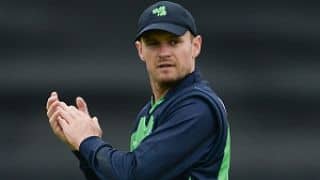