Former England forward Michael Owen on Thursday asked the present outfit to be fearless in the upcoming Euro 2016. The Roy Hodgson-coached side will kick-start their campaign against Russia on June 11 before taking on Wales and Slovakia. “Forget who’s going to cost us,” Owen was quoted as saying by the BBC. “There’s almost a fear of being ‘the one’ — and that then turns into a selfish attitude. You can’t be expressive, you can’t be creative.”

Explaining, the 36-year-old said, “There will be one person that everyone’s going to gang up on – the press, the media, whatever – but you’ve got to be bigger than that, not bothered about that and actually just do what’s best for the team.”

“There’s been a fear over the years because we all see someone missing a penalty or someone getting sent off and costing the team. The whole country then almost gangs up on that player,” he added.

“There’s a fear amongst the squad — or there certainly was in my time — whereby you just didn’t want to be that person everybody castigates, gets vilified, and you’re the one that misses a penalty and they make a pizza advert about you.”

Former defender Gareth Southgate did an advertisement for Pizza Hut after England’s exit from 1996 Euro, where they lost to eventual winners Germany in the semi-finals. Southgate was the only player to miss a penalty at Wembley in that game after it ended 1-1.

A surprise in the England squad has been Marcus Rashford. The 18-year-old made his debut for Manchester United in February but has enjoyed a meteoric rise since then.

Owen believes the youngster has the talent to do well in Euro but added it will be hard for him to escape the burden of expectation. “The problem now is we’re living in a different day and age,” Owen said.

“Glenn Hoddle was the manager in 1998 and we were locked down, bolted down. We didn’t know about anything in newspapers and if mobile phones were invented I didn’t have one. We knew nothing. No-one was allowed to visit our hotel.

“Nowadays, someone like Rashford will be on his mobile phone in his room, reading all of social media, all the newspapers, all of what everybody is saying. He’s going to be aware of good, bad and indifferent,” he added.

I was oblivious to it all. It’s going to be very different for him, but it doesn’t matter. When you can do something really well, you don’t get nervous.” 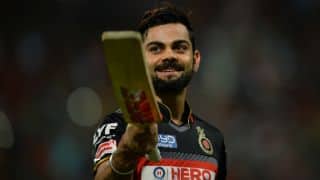