Losing finalists in 2004 and three-times beaten-semifinalists Portugal have a sense of unfinished business at the Euro football tournament.

Saint-Etienne (France): Losing finalists in 2004 and three-times beaten-semifinalists Portugal have a sense of unfinished business at the Euro football tournament. At Euro 2016 they are seeking a first international trophy and, with one of the most exciting blends of youth and experience in the tournament, the timing feels right. It is a notion that finds favour with forward Eder. “That’s what we’re working towards. We’ve got huge ambition and we want to get the right results. We’re very confident and motivated. We had an excellent qualifying campaign, with great results,’ he was quoted as saying by uefa.com on Sunday.

“The group has been working very well together, the players are playing very well. Right now, we have all it takes to do something amazing in this competition and that’s exactly what we want to do. We’re a very strong group in this respect. This blend will show its worth during the matches and it will be very positive for us,” Eder added. “The way we are playing right now, we’ll score lots of goals.”

Portugal take on Iceland in their Group F opening match on June 15. Iceland are making their debut at the tournament. Group rivals Austria are making only their second Euro appearance and Hungary in a first major finals since 1986, the pressure is on Portugal to make the early running. “It’s important to start well,” defender Cedric Soares said. “It’s a difficult group, like all the others. It’s going to be a very competitive European Championship, and that goes to show that football is increasingly even, which is great. There won’t be any easy games. If we view things that way, we will be prepared to win the matches. We need to work hard and the whole team are ready for that. We’re obviously very much looking forward to the first match.” 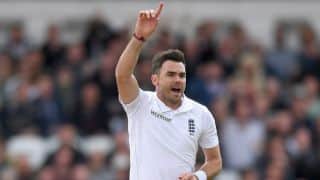