Former England head coach Sven-Goran Eriksson has backed the football team to win the forthcoming European Championship this summer. England won all 10 games in qualifying for the tournament in France to finish nine points clear at the top of their group. England coach Roy Hodgson will name his 23-man squad on Monday after giving himself four extra days to assess his players’ fitness.

“They have a good team. The qualification games, they won everything and they did it with style. They are playing good football as well, so why not?” Eriksson was quoted as saying by the BBC on Sunday.

Eriksson bowed out as England coach after losing 1-3 on penalties to Portugal in the quarter-final of the 2006 World Cup in Germany. Eriksson, the current head coach of Shanghai SIPG, who earlier led England at three major tournaments during five years in charge, believes that Hodgson’s squad must cope with the pressure of penalties if they are to triumph in France.

“Without any doubt the pressure when you go to a big tournament is big – and many times, how I remember it, too big on the players. You talk about penalty shootouts – England is not famous for winning them. They feel the pressure. But hopefully Roy will do a good job and they will reach the semi-final or the final or win it,” the 68-year-old said. 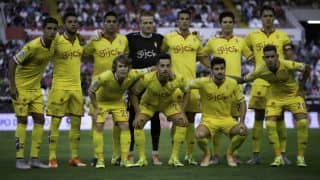