Henry believes Germany will struggle, due to not having a proper No.9

France legend Thierry Henry says there are no favourites at the Euro 2016 this time as there has been no team which has dominated European football recently. The quadrennial event is scheduled to kick-start from Friday in France. “It’s one of the first times where you don’t have a strong favourite, where it’s obvious. Apart from what you might say Spain because obviously they are the holders, but I don’t see a team that has been that dominant in Europe recently,” Henry was quoted as saying by the BBC.

The former Arsenal striker also said Germany, who won the World Cup in 2014, are having a problem finding a quality forward. “Germany obviously, but they have struggled. I saw their game against Scotland; I saw their game against a lot of teams where I was like, ‘hmm’. I think, for me, they’re missing a striker. They used to have an amazing number 9 for a very long time and they don’t have one – that’s why they called back Mario Gomez (who) was playing in Turkey,” he said.

However, Henry also believes France are a strong side and have the squad to pull it off. “I don’t think that there is a favourite right now because I don’t think that there is a strong team and I think it’s really open. You might give a little edge to the French team, but I’m going to say that because I’m French, but I think they do have a good team,” said the 1998 World Cup winner.

“They’re going to be at home and amongst the players that they have, they have players that can win you games at any moment. But I think for me it is, as a team, one of the best groups there so France will edge it but I don’t think there is a strong, strong, strong favourite there.”

Asked if an underdog can win it, Henry said: “Greece have done it, Denmark have done it. So there were some stories before to inspire people, not only in football but in every sport, but it seems like it doesn’t work that way. You need to have that togetherness to win it.” 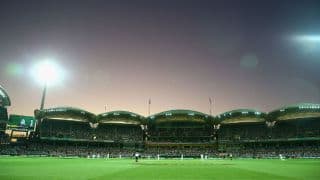