UEFA has launched disciplinary proceedings against Russia following crown disturbances and racist behaviour by fans during the country's 1-1 draw.

London: UEFA, the European football’s governing body, has launched disciplinary proceedings against Russia following crown disturbances and racist behaviour by fans during the country’s 1-1 draw in the opening match of the European Championship against England. The draw between the two sides overshadowed when the Russian fans forced their way through security barriers and went on to attack England supporters after the full time. The clashes between the fans of the two sides also involved fireworks and flares. UEFA, however, has not opened any case against England Football Association, the Guardian reported.

The football’s governing body confirmed that its control, ethics and disciplinary body would look after the Russia case ahead of their second Euro 2016 clash against Slovakia. Meanwhile, the French police revealed that a total of 35 people were injured in the clashes that erupted between the football supporters of England and Russia before and after the match in Marseille.

After a goalless first-half, England broke the deadlock through Tottenham midfielder Eric Dier’s free kick in the 73rd minute of the game. England appeared to have won the game with Direr’s goal, but Russia kept themselves in the game and levelled the score when skipper Vasili Berezutski netted a header just two minutes prior to the stoppage time. Andy Murray intends to team up with Ivan Lendl 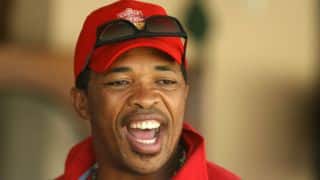