Mario Gomez scored the only goal of the game as Germany beat Northern Ireland 1-0 to finish as Group C winners and qualify for the round of 16 stage in the European Championship on Tuesday. The scoreline might have been even bigger had it not been for the impressive form of Northern Ireland goalkeeper Michael McGovern, who made incredible saves to keep his side in the game.

The world champions took the lead in the 30th minute when Gomez knocked a Mesut Ozil pass through to Thomas Muller. The Bayern Munich star carried it deep into the box and turned and teed it up for Gomez who knocked it into the net.

Germany went into the half-time with a 1-0 lead. But some outstanding goalkeeping by McGovern denied the Germans from scoring the second goal of the game. Muller, Gomez, Sami Khedira and Ozil all tried their best to net the second for Germany but tight defence and the goalie kept the score sheet to 1-.0 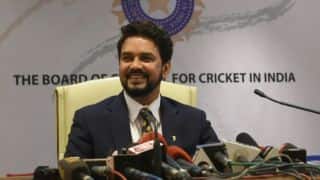 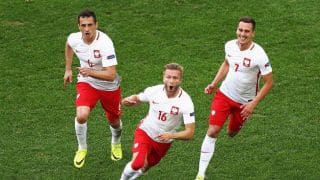