Heurelho Gomes added Arsenal had given Watford too much space to score the goals.

London: Following his side’s FA Cup quarter-final victory over Arsenal, Watford goalkeeper Heurelho Gomes has described Arsene Wenger’s side as a `small team` and said they do not hold a chance to win the title. Arsenal crashed out of the FA Cup after suffering a 1-2 defeat against Watford at the Emirates Stadium on Sunday. Reflecting on the match, the 35-year-old said that his side remained confident throughout the match, adding that Arsenal had given them too much space to score the goals. Gomes believes that it was the best time to play against Arsenal as they were not strong defensively, the Guardian reported.

With the defeat, Arsenal’s hopes of clinching silverware this season seem to be fading fast as they are eight points behind leaders Leicester City at the top of the Premier League and are trailing 2-0 against Barcelona in the Champions League, with second leg to be played on Wednesday. 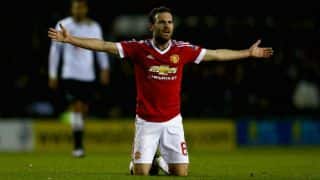 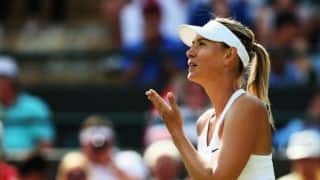