Barcelona will travel on July 25 to St. George's Park, where the pre-season training camp will be held.

Barcelona: FC Barcelona’s 2016-17 pre-season will open on July 19, when the Spanish football champions will undergo physical and medical tests at Ciutat Esportiva Joan Gamper here, ahead of the start of the training camp the following day. The footballers participating in Copa America, Euro 2016 and the Olympic Games will join the team after they finish their international duty and holidays, Efe reported on Wednesday. The La Liga champions will travel on July 25 to St. George’s Park at at Burton-upon-Trent, Staffordshire in England, where the pre-season training camp will be held until July 30.

Barcelona will face Celtic on July 30 in the International Champions Cup in Dublin. Barcelona will also meet the English Premier League (EPL) champions Leicester City on August 3 at the Friends Arena in Stockholm and Liverpool on August 6 at Wembley stadium in London. 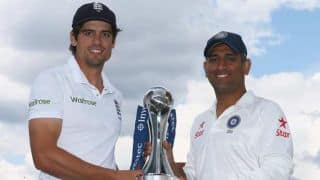