FC Pune City on Wednesday announced the signing of former Barcelona football club midfielder Pitu for the upcoming edition of the Indian Super League (ISL).  Piku made his senior debut in 2005-06 season playing for the Barcelona B Team. He made his first-team appearance under Frank Rijkaard led FC Barcelona in 2006 against Atletico Bilbao coming in as a substitute.  Having played in the Spanish leagues, he last represented UE Llagostera making a total of 145 league appearances since joining them in 2012.

FC Pune City CEO Gaurav Modwel said Pitu’s experience of playing in the Spanish league would be a great plus for the team.  “Pitu is a very intelligent midfielder and a great reader of the game. We now have a very talented and a creative organiser in midfield, an offensive player who moves the ball around intelligently and can assist our forwards.”

Welcoming Pitu into the squad, Pune head coach Antonio Habas said, “Pitu has spent his career playing in the Spanish league with consistent performances, something that we were looking for our midfield. I am looking forward to him meeting up with the rest of the squad so we can include him in our preparations.”

Pitu expressed his excitement at joining the ISL saying, “It’s a new world for me. FC Pune City are lining up an exciting squad with a great mix of experience and youth and Spanish man Antonio Habas is at the helm. I hope my experience will be of great use to the boys in the side.” 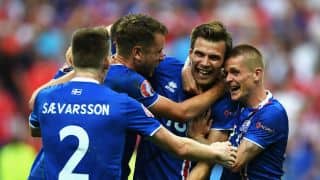