Shillong Lajong through to the semi-finals, beating East Bengal 4-3 on aggregate, after drawing 2-2 in the Federation Cup.

Barasat (West Bengal): An extra-time strike from Brazilian forward Uilliams Bomfin sent Shillong Lajong through to the semi-finals, beating East Bengal 4-3 on aggregate, after drawing 2-2 in the Federation Cup second leg football match here on Wednesday. In the first leg of the game at Shillong, Lajong had won 2-1 and come here with an one-goal advantage. Besides Uilliams, Fabio Pena scored for the visitors while Ranti Martins and Lalrindika Ralte netted one each for the local powerhouse at the Barasat stadium. After a few cagey exchanges in the early minutes, Lajong were given a penalty as East Bengal defender Deepak Mondal handed a ball. Brazilian striker Pena made no mistake from the spot and gave the visitors an early advantage.

However, Lajong’s joy was shortlived. At the other end, East Bengal too were awarded a spot-kick after as Do Dong-Hyun’s powerful shot hit Nimdorjee Tamang’s hand. East Bengal marksman Martins, who had been prolific in the recent I-League tournament, smashed home his chance with the goalkeeper Vishal Kaith diving the other way. Ralte then drew a save from Kaith after being released by Dong. And a few minutes later the two combined again and this time Ralte curled in his left-footer from about 10 yards out.

At the breather the hosts led 2-1. After the restart it was Lajong who pushed forward in numbers and it almost paid off for the visitors as Bipin Singh had a simple tap in, but an alert East Bengal goalkeeper T.P. Rehenesh pulled off a brilliant save to keep the opponents from equalising. At the other end, East Bengal too missed a sitter as three of their players made a mockery of themselves and could not force the ball into the net.

In the 53rd minute Pena came close again but hit the woodwork. Next it was former France international, defender Bernard Mendy’s turn to get close and fail. He came on as a substitute for the hosts and found himself at the end of a brilliant cross from Martins but the Frenchman could not keep his volley down. There were no goals thereafter and the contest was forced into extra-time. 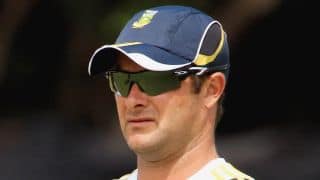