Lautaro Acosta is so far the only addition to Argentina's squad.

Buenos Aires: Argentine coach Gerardo Martino has called up uncapped Lanus striker Lautaro Acosta for his team’s World Cup qualifiers against Chile and Bolivia. The 28-year-old former Sevilla player is so far the only addition to Martino’s squad despite the withdrawals of Javier Pastore, Enzo Perez and Nico Gaitan due to injury, reports Xinhua.  “It’s fantastic to be in the national team. I can’t believe it,” Acosta told TyC Sports on Monday. Acosta represented Argentina at youth level alongside Lionel Messi and Sergio Aguero. He was part of the Albiceleste team that won the Under 20 World Cup in 2007 and the Olympic gold medal in Beijing a year later. Argentina, currently sixth in the South American zone World Cup qualifying standings, will play Chile in Santiago on Thursday before hosting Bolivia in Cordoba five days later. 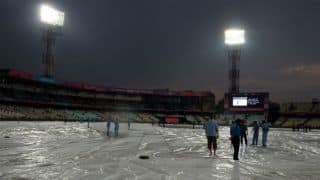