Real Madrid and Atletico Madrid clash in the Champions League final for the second time in three years in Milan on Saturday.

Three matches were needed to decide the first meeting between the sides in European competition in the semi-finals of the European Cup in 1959. Real won the first leg 2-1 at the Santiago Bernabeu before Atletico levelled the tie two weeks later with a 1-0 victory. In the days before the away goals rule, Real won a play-off held in Zaragoza 2-1 thanks to goals from the legendary Alfredo di Stefano and Ferenc Puskas on their way to winning the competition for a fourth consecutive season.

In what was to become the worst season in Atletico’s history as they were relegated from the top flight, there was one moment of glory for Los Rojiblancos as one of just nine league victories that season came at the Bernabeu thanks to two goals from Jimmy Floyd Hasselbaink and another from Jose Mari after Fernando Morientes’ opener for Real.

It took another 14 years and 25 derbies for Atletico to taste victory over Real, but they ended that painful run in style by winning the Copa del Rey on Real’s patch at the Bernabeu. Atletico were forced to come from behind as Cristiano Ronaldo headed Real in front, but Diego Costa quickly levelled and Miranda handed Atletico a 10th Cup win when he glanced home Koke’s cross in extra time.

Atletico were denied their first ever Champions League in agonising circumstances as Sergio Ramos rose highest to power home an equaliser in the third minute of stoppage time after Diego Godin had given Atletico a first-half lead. Real then ran riot in extra-time with Gareth Bale, Marcelo and Cristiano Ronaldo all netting to deliver Los Blancos’ long-awaited 10th European Cup.

Less than a year on from the Lisbon final, Real got the upper hand in Europe once more as they snapped a seven-game winless streak against Atletico thanks to Javier Hernandez’s goal a minute from time to seal a 1-0 aggregate win after Arda Turan’s red card had left Atletico down to 10 men. 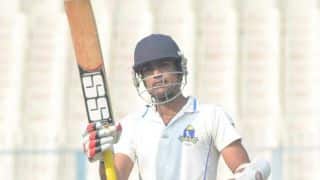 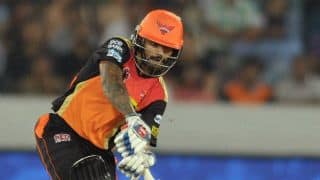