Gerardo Martino said It is important for Argentina to be able to qualify for the World Cup finals.

Buenos Aires: Argentina chief coach Gerardo Martino has highlighted the importance of beating Chile and Bolivia in the upcoming 2018 World Cup South American football qualifying matches. “It is important for us to be able to qualify for the World Cup finals. For that reason, winning six points in the next two matches is important. According to the standings today, Argentina is out of the World Cup 2018,” Xinhua quoted Martino as saying on Wednesday. During a news conference held before the team travelled to Chile for their qualifying match, Martino hailed the return of Lionel Messi to the team.

“Messi’s presence is reassuring for me and everyone and it is fundamentally necessary,” said the coach. Martino added that he is awaiting the recovery of Manchester City defender Nicolas Otamendi to finalise the starting 11. After their visit to Chile on Thursday, Argentina will receive Bolivia in the city of Cordoba. Argentina, who won 1-0 away against Colombia in the last match of the qualifiers, are in sixth place with only five points, seven behind leaders Ecuador. The top four teams will qualify for the World Cup finals and the team in fifth place will go into the playoffs. 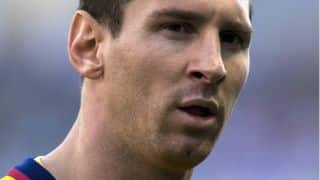 Lionel Messi uncontrollable even when not in his best touch, says Jorge Sampaoli