Buffon has represented Italy 157 times in his career

Italy and Juventus veteran goalkeeper Gianluigi Buffon has said international goalkeepers Manuel Neuer of Germany, Belgium’s Thibaut Courtois and Spain’s David De Gea are great but stressed that a goalie is usually assessed at the end of his football career.

In an interview published on Tuesday by French magazine France Football, Buffon, 38, said there are currently “very good goalkeepers” such as German Neuer, Belgian Courtois and Spaniard De Gea, who are all “great” but it is difficult to assess the qualities of any one of them compared to the other, reports Efe.

The 2006 FIFA World Cup winner, who has played 157 games for his national side, explained that it is “impossible” to compare a goalkeeper who has “five years with good level” with a goalie who has been excellent for 10, 15 or even 20 years. Buffon, who will captain Italy in the Euro 2016 next month in France, emphasized that he will only leave his national team upon retirement or when he is not called up by the coach. 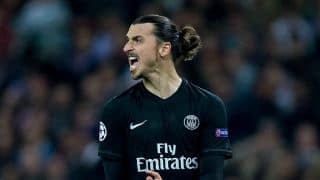