"I have always said: the most difficult is to keep up the success. It is very difficult. We are celebrating just now and afterwards each one of us will go on holiday or to our clubs," Xinhua quoted Jara saying on Tuesday.

Santiago: After winning the 2016 Centennial Copa America, Chile’s football team should should set their sights on the World Cup 2018 in Russia, said defender Gonzalo Jara. “I have always said: the most difficult is to keep up the success. It is very difficult. We are celebrating just now and afterwards each one of us will go on holiday or to our clubs,” Xinhua quoted Jara saying on Tuesday. “We have to return to Chile and in September we will continue with the [World Cup] qualifiers. Now we have to qualify for the next World Cup in Russia and aim to win it.”

Only a few days after their second consecutive Copa America win, the Chilean team relived the best moment in the country’s soccer history. “Many times it is complicated to play because the teams already know you and know how to mark you, even in the final, without having to look any further. I think the respect we had with Argentina is reciprocal,” added the defender who plays for Universidad de Chile.

When asked about being labelled the best team in Chile’s history, the president of Chilean soccer, Arturo Salah, was more guarded. “In order to make these comparisons you have to wait. Time puts everything in its place. Chile winning the Copa America twice in a row is a tremendous achievement and nobody can ignore that,” said the leader. “Chile has changed. It changed a while ago. Chile is a country that is admired in the world. We are always respected, in all fields and it is clear that there is no exception with soccer,” Salah added.

“Soccer is how we live. It reflects society. For some time Chile has been viewed with respect and with attention to all that we do. Sometimes we don’t like each other among ourselves. This is our great problem.” It is agreed that Chilean soccer history changed paradoxically in the hands of three Argentinian coaches, Marcelo Bielsa, Jorge Sampaoli and Juan Antonio Pizzi.

Bielsa changed Chile’s conservative play for an attacking one which bore fruit such as their first ever triumph over Argentina in an official match. After Bielsa’s controversial departure from the national side, a change in leadership and a brief period spell with another Argentine coach, Claudio Borghi, Sampaoli took on the role of coach. While in the position, Sampaoli followed the Bielsa’s playing style which gave Chile its first Copa America title in 2015.

Pizzi then arrived with the team after Sampaoli’s traumatic exit. “Less than a year ago this team was Champion of America. Pizzi has known how to capitalise on a group of world-class players. In this match [Chile vs Argentina – 2016 Centennial Copa America final] we could see the 12 best players in the world, between both teams. Here the soccer world elite played,” said Salah, who is responsible for Pizzi’s arrival, obviously pleased with his choice of coach. 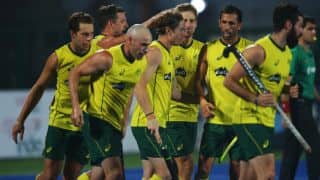