National football team goalkeeper Gurpreet Singh Sandhu has achieved a historic feat as he became first Indian to feature in a top-tier league match in Europe.

New Delhi: National football team goalkeeper Gurpreet Singh Sandhu has achieved a historic feat as he became the first Indian to feature in a top-tier league match in Europe by turning out for his Norwegian side Stabaek FC. The 24-year-old Indian kept a clean sheet in his first Tippeligaen (Norwegian Premier League) start for Stabaek FC, helping them claim a dominant 5-0 triumph over IK Start in an away league match last night. Sandhu, who signed for Stabaek FC in 2014, has not played in the Tippeligaen till yesterday though he has already featured in five matches in the Norwegian Cup. He has thus far played second fiddle to Ivorian goalkeeper Sayouba Mande who is the first choice Stabaek FC goalkeeper.

The Punjab lad took to Twitter to share his excitement after the match. “Proud to become the First Indian ever to start in a Top Division League game in Europe!!!!,” Sandhu tweeted. “Facing @ikstart tonight before the International break kicks in, need to finish on a good note @Stabaek #Tippeligaen,” he wrote. In many parts of Europe, league matches are over by this time of the year but the Norwegian top-tier league is held from March to November due to climatic reasons.

Sandhu has been the number one goalkeeper in the Indian team since Stephen Constantine took over last year, with the English coach preferring him to veteran Subrata Paul. Sandhu will directly join the national football team in Laos where India are playing their play-off match of the 2019 Asian Cup Qualifiers on June 2. Bengal footballer Mohammed Salim played for Scottish top-tier side Celtic FC in 1936, but most probably he did not feature in the premier division. Records about Salim’s two-month sojourn in Scotland are sketchy. After India’s Independence, former captain Bhaichung Bhutia played for English third division side Bury FC in 1999-2000 and current national skipper Sunil Chhetri played for the ‘B’ team of Sporting Lisbon in 2012. 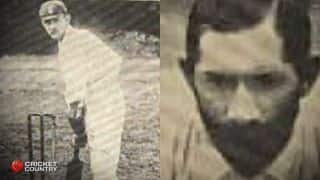 IPL 2016: Most memorable moments, Part I