Lisbon: Portuguese football club Porto‘s president Jorge Nuno Pinto da Costa has supported Spanish goalkeeper Iker Casillas after he was criticized for his performance in recent weeks, in addition to revealing the departure of Igor Lichnovsky. The young Lichnovsky, a Chilean, will be on loan to Sporting Gijon, Pinto da Costa said in an interview with the club’s television station on Friday, reports Efe. Casillas has played for the Portuguese side from summer 2014 on loan for two seasons from Barcelona, although in recent months he has received few opportunities. Pinto da Costa was delighted with Casillas’ decision to sign for Porto after leaving Real Madrid and held that the dismissal of coach Julen Lopetegui did not affect him.

The president of the Dragons recalled the “value” of Casillas for the team, as he remains the keeper of the Spanish selection and was champion of the world and Europe. This comes at a delicate moment for the goalkeeper, who received harsh criticism from the Portuguese press because of his mistake in the last Primeira Liga match against Vitoria Guimaraes, which facilitated the opponent’s victory 1-0. 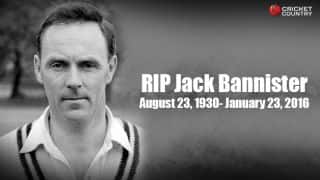