Madrid: Spain coach Vicente del Bosque has called Athletic Bilbao defender Inigo Lekue into his squad to prepare for this summer’s European Championships. Lekue replaced Celta defender Jonny Castro in a group of 11 players who will train alongside the players named to travel to France in June and perhaps take part in Spain’s preparation matches ahead of the tournament set to start in France on June 10, reports Xinhua. Del Bosque named the 11 players, including Lekue’s clubmate Inaki Williams, to make up numbers given that players from FC Barcelona will not join the squad until May 28. The players from Real and Atletico Madrid will not join the squad until the start of June as they will play in the Champions League final on May 28. 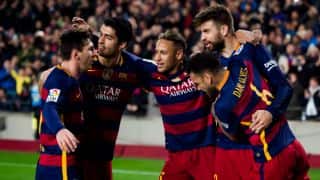