The 36-year-old Castro has donned the jersey of Spanish outfit Deportivo de La Corua, and later joined Portugal’s SC Braga for the 2006-07 season. “While developing the nucleus of the team this year the team management has rightly retained some seasoned performers and now invested on three exciting talents. We are slowly building the side with the right combinations,” ATK head coach Jose Molina said. With the three fresh recruits, ATK now have seven foreigners in their side. 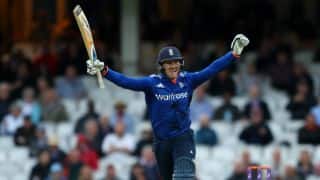