Madrid: Real Madrid attacking midfielder James Rodriguez believes the record European football champions made the correct decision in appointing Zinedine Zidane as head coach, admitting the players pay more attention to the Frenchman than they did to former coach Rafael Benitez. Zidane won his opening two games after replacing Benitez as Madrid head coach, but saw that run come to an end on Sunday with a 1-1 draw with Real Betis, in which he named Rodriguez in his starting line-up for the first time following Welsh forward Gareth Bale’s calf injury.

“I think today I was good. Now we will train more and that helps me a lot. The change of coach was good. Everybody listen more to the new coach,” Rodriguez told reporters on Sunday. Zidane was reportedly unhappy with Rodriguez’s unwillingness to warm-up during his side’s 5-1 thrashing of Sporting Gijon last weekend and has been forced to answer questions over his player’s personal life.

The Columbian international has hit back at his critics after his professionalism was called into question. He has not been at his best for the Spanish giants this season and it has led to speculation over his off-field antics, in particular an incident in which he reportedly failed to stop for police after being caught speeding. He also had to deal with claims he is overweight. “The talk really bothers me. Everyone who is close to me knows how I act and that I always look to take good care of myself,” he was quoted as saying by Dailymail. “I’m a great professional. What’s been said about me going out a lot at night is a lie. It p****s me off that people doubt me and say I am fat,” the 24-year-old said. 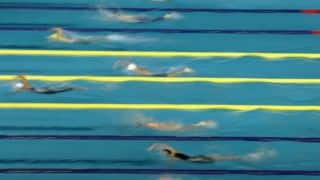