Villarreal (Spain): Spanish professional football league President Javier Tebas has said that almost 100 percent of La Liga clubs are in a healthy financial state. “We have completed the first phase of the plan, which was to seek economic refreshment for the clubs and we can say that almost 100 percent of the clubs in the premier league are in a very healthy state. We will succeed with the second division next season,” Tebas on Friday said at the press conference following the extraordinary assembly of La Liga, according to Efe.

“The economic plan is important and we have to do it in 4 or 5 years because if not, the premier league will become the NBA and we in the ACB [Spanish basketball league], without disparagement, we want to be the best league, with the best stars” he added. “In the coming years we must improve the stadiums, we will continue economic control, we will insist on the creation of an audiovisual value in improving the image of what we’re seeing, as we have good players, competitive games, but sometimes decoration and broadcasting failures.”

In addition, Tebas announced that seven stadiums will have a drone camera next season and the Santiago Bernabeu and Camp Nou will have a 360° replay system, like the NBA All Star, with the plan to implant this in all stadiums within five years. 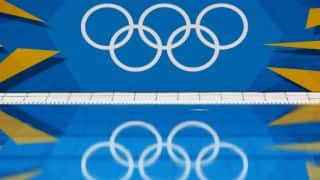