Lille (France): Germany football team coach Joachim Loew has already set his sights on their next Euro Cup Group C encounter against Poland, saying it will be hard work going past them. On Sunday night the Germans posted a 2-0 victory over Ukraine and they now face Poland on June 17. Poland triumphed against Northern Ireland, winning the game 1-0 courtesy of an Arkadiusz Milik strike. “We have both won,” Loew was quoted as saying by au.eurosport.com on Monday. “So the game is really important for the future of the group. I think we will really have to put in some work.”

In the Euro 2016 qualifying stages, Germany and Poland have locked horns twice, winning one match each. “Poland are in any case a strong team. We’ve played them twice and of course we lost once. With Robert Lewandowski they are strong in attack. Like Ukraine a little, they have dangerous players going forward.” Loew also hailed veteran midfielder Bastian Schweinsteiger who came off the bench to score Germany’s second goal against Ukraine.

“I’m very pleased that after all he’s been through, the weeks and months, he has made a real comeback,” Loew said. “I think it gives him personally and the whole team a real boost.” German midfielder Toni Kroos, who was adjudged man-of-the-match, said his side were under immense pressure in the final 15 minutes of the first half when Ukraine kept on attacking their citadel. “We weren’t so strong and we couldn’t have complained if we had conceded,” he said. “I can’t think of any chances in the second half. We are not at the level we want to achieve but it’s a good start,” he added. 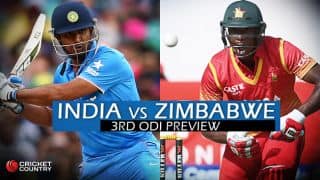