Leonardo Bonucci added Juventus have made life very difficult for themselves.

Milan: Defender Leonardo Bonucci has admitted that “it was the worst performance since I’ve been at Juventus” after they lost 0-3 to Inter Milan in the second leg of the Coppa Italia semi-final before securing a 5-3 win via penalty shoot-out at the San Siro Stadium. Juventus, coming into Wednesday’s second leg with a 3-0 advantage, saw their lead overhauled with goals from Marcelo Brozovic (16th and 82nd) and Ivan Perisic (49th), forcing the tie to go to penalty shoot-out where Juventus prevailed. And Bonucci, Juventus skipper for the night, pulled no punches in his post-match assessment despite the Bianconeri’s progression to their second Coppa Italia final in a row.

“We made life very difficult for ourselves. Inter had nothing to lose and threw everything at us from the first minute,” Bonucci, who converted the final spot-kick, told Juventus’ official website. “As for us, we approached the match in the wrong manner and as much as I hate to say it, this was one of the worst performances I’ve seen since joining the club,” the 28-year-old added. Ultimately, we rode our luck to get to penalties and luckily we put them all away. As everyone knows, it’s a lottery.” 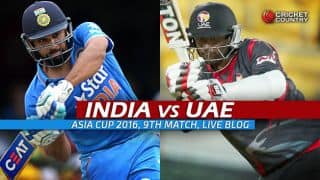