Napoli are 3 points behind Juventus according to the current standings in the Serie A.

Former Italy football team captain Fabio Cannavaro considers defending champions Juventus are superior to Napoli due to their strong bench strength, but would love to see his hometown club celebrate the Serie A triumph. The 2006 Ballon d’Or winner played for both clubs in his illustrious career and was on Saturday asked to give a verdict on the Serie A title race. And Cannavaro believes the strength in depth of Massimiliano Allegri’s team will ultimately make the difference. “I consider Juventus to be superior to Napoli, because the Bianconeri have a stronger overall squad,” the 2006 FIFA World Cup winner was quoted as saying by football-italia.net.

“Napoli paid the price for having so many games between Serie A, the Europa League and Coppa Italia, because it was almost always the same XI,” the former Real Madrid and Inter Milan defender added. “That was the difference, as Juventus can afford to let the second string play and still reach the Coppa Italia final, whereas Napoli can’t rotate in the long run and keep the quality level high”, he said.

There is a three-point gap at the top of the table and Cannavaro hasn’t completely lost hope of Napoli’s first title since 1990. “I was fortunate enough to experience it as both a ball boy and a fan at the Stadio San Paolo. It makes you so proud, because the city is often criticised and treated badly by the rest of the country. The fact you can win a Scudetto makes you feel stronger than everyone else and it’s a real show of pride”, Cannavaro said. 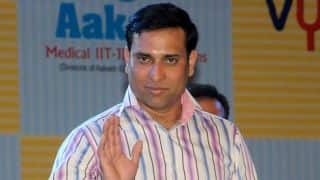