Ricardo Kaka believes "it's a matter of time" before his compatriot Neymar is awarded the Ballon d'Or trophy.

Madrid: Brazilian midfielder Ricardo Kaka believes “it’s a matter of time” before his compatriot Neymar is awarded the Ballon d’Or trophy, given to the best footballer of the world annually by governing body FIFA. Neymar is a nominee for the 2015 award, for which he is competing against Argentine Lionel Messi and Portuguese Cristiano Ronaldo, reports Efe. “Thankfully, Neymar has improved a lot since he’s gone to play in Europe – his game is a lot more mature,” he said on Tuesday. “Now it’s a matter of time until he reaches first place,” he added.

The Orlando City player who won the Ballon d’Or when playing for AC Milan in 2007, ahead of Messi and Cristiano, considers it “fair” that the trophy has been alternating between both in recent years. “It had always been a rotation: Ronaldo and Zidane won it three times, but there was always some other player – names like Figo, Ronaldinho, myself, Rivaldo, Cannavaro.

“Then comes this succession of Cristiano and Messi, only the two of them – and it is fair, for what they have been doing year after year,” he said. Kaka, who after coming to Milan played four seasons at Real Madrid (2009-2013) and then returned to the Italian team, noted the absence of Brazilian players among the nominees in recent editions since he picked up the trophy in 2007. “It’s difficult to point out a single reason for this, but it must serve to alert Brazilian football. And, truth be told, it’s no easy task to forge a Ballon d’Or winner,” said the 33-year-old midfielder. 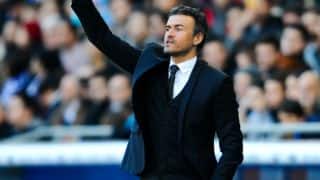