Barcelona head coach Luis Enrique will make at least one change as his side looks to maintain its record unbeaten run against Eibar.

Barcelona: Catalan football giants Barcelona head coach Luis Enrique will make at least one change as his side looks to maintain its record unbeaten run of games away against Eibar in La Liga on Sunday afternoon. Barcelona visit the tiny Ipurua Stadium, which has a capacity of just over 5,000 without Brazilian striker Neymar, who is suspended after completing a cycle of bookings during Barcelona’s 5-1 win away over Rayo Vallecano on Thursday night, reports Xinhua. Enrique has options as he looks to replace Neymar alongside Lionel Messi and Luis Suarez, with Arda Turan, who scored his first league goal for the club against Rayo, an option, although it looks as if Munir will finally get the nod.

Suarez goes into the game without a goal in his last three matches, but he has netted 25 league goals this season and hit the post three times in recent games. Messi on the other hand scored a hat-trick in Vallecas and has scored 20 goals in all competitions since the turn of the year. Barcelona will go into their game knowing what Real Madrid have done in their game against Celta Vigo, although with the Whites starting the weekend 12 points behind them. It seems obvious Zinedine Zidane’s side has no options of winning the league and that Barcelona’s only rivals are Atletico Madrid, who play away against Valencia when Barcelona’s game finishes.

Eibar receive Barcelona in eighth place in the table and with 36 points, meaning they are virtually safe from relegation, but also in danger of seeing any chance of playing in Europe next season escape them as they are five points behind Athletic Club Bilbao, who are in seventh. Eibar coach Jose Luis Mendilibar has commented that a win for his side, which has the smallest budget in the La Liga would be “great for football,” and his side will look to take advantage of what are likely to be difficult conditions on their small pitch after a weekend where heavy rain and strong winds are forecast and could make life complicated for Barcelona’s star players. 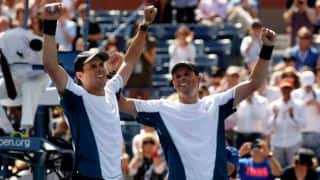