The 2015-16 season, which ended on Sunday with Osasuna defeating Girona to book their place in the La Liga for the forthcoming campaign, saw the Spanish football league LFP break the 14 million fans mark for the first time ever. A total of 14,014,099 supporters attended the total of 848 games played in the La Liga and Second Division (Liga Adelante), according to figures published by the LFP on Tuesday, reports Xinhua news agency. It is the first time in history over 14 million people have seen a Spanish league in a season and is an improvement of 125,917 on the 13,792,333 supporters who watched their teams in the 2014-15 campaign.

The improved spectator number comes despite complaints from many supporters over the high price of tickets at many grounds and also discontent over the fact that the needs of TV rights mean there are 10 different kick-off times in Spain, with matches on Friday and Monday night. This has made it difficult for fans to plan ahead as they don’t know when their side will be playing and seen some supporters prefer to stay at home or ‘cheery pick’ games rather than buy season tickets.

Real Madrid and FC Barcelona had the highest average attendances of the season, but the return of well-supported Oviedo to the Liga Adelante from the third tier of the Spanish game was also a help in increasing spectator numbers. 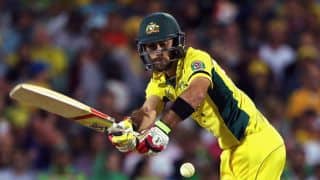