Argentine superstar Lionel Messi utilised his weekend night off to watch his close friend Nicolas Vazquez star in a theatre ahead of Argentina's tie against Bolivia.

Buenos Aires: Argentine superstar Lionel Messi, currently preparing for the next match in the South American elimination round for the 2018 World Cup football, utilised his weekend night off to watch his close friend Nicolas Vazquez star in a theatre. The Barcelona striker visited the Apolo theatre here on Saturday, where “El otro lado de la cama” — the play in which Vazquez stars along with Gimena Accardi, Benjamin Rojas and Sofia Pachano — is currently playing, reports Efe.

Vazquez posted a photo on Twitter and later put up a video showing Messi taking the stage and receiving an ovation from the public and the cast of the play. The actor also told about his friendship with Messi on a radio program. In addition, he said that the pair speak often and call each other at important times in their lives, whether good (birthdays) or bad (injuries), the daily La Nacion reported Sunday.

The Argentine football star was the driving force behind his team’s 2-1 away victory last Thursday over Chile and is resting up for the next match-up – against Bolivia in the Argentine city of Cordoba on Tuesday. 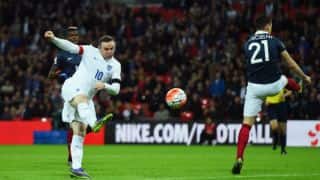