Messi denied his involvement in the fraud during the trial

Recently retired Argentina player Lionel Messi along with his father Jorge Messi is likely to go to jail for 21 months according to Spanish media. They have been jailed for a fraud of $4.5 million in 2007-2009 period. They will also have to pay millions of dollars in Belize and Uruguay. Despite all the charges against them it is highly likely that they will be able to avoid jail time. In accordance with Spanish system if the sentence is under two years then it can be served under probation. Messi and his father were proved guilty for three frauds they pulled off at court hearing in Barcelona.

“As my dad explained earlier I just dedicated myself to playing football, I put my trust in my father, in the lawyers who had decided to manage this thing” he added. Messi has recently retired from International football after Argentina’s defeat against Chile in Copa America 2016 final. 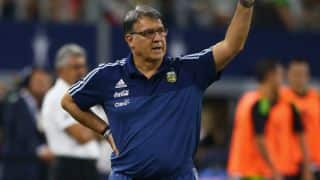