Argentina legend Diego Maradona has claimed that present captain Lionel Messi does not have the character to be a leader along with having no personality as well.

Paris:  Argentina legend Diego Maradona has claimed that present captain Lionel Messi does not have the character to be a leader. Maradona was caught on microphone talking about the FC Barcelona icon with Brazil legend Pele at an event on Thursday. “He’s a really good person, but he has no personality,” Maradona was quoted as saying by goal.com. “He lacks (the) character to be a leader.”

Pele responded saying, “Ah, I get it, he’s not like we were back in the days. In the 70s we (Brazil) had really good players like Rivellino, Gerson, Tostao.” “Not like Argentina now, which depends only on Messi. He (Maradona) is saying that Messi is a good player, there’s no doubt about it, but he has no personality.” Messi’s commitment to the game has been questioned time and again by Argentina fans as the talismanic forward has struggled to replicate his club form in national colours.

The 28-year-old has twice lost in the final of the Copa America and once if the World Cup final. He has only the 2008 Olympic gold medal as a significant international honour. He missed Argentina’s opening game of the Copa America, a 2-1 win over title holders Chile, due to a back injury. 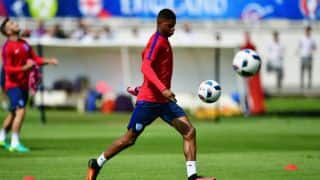 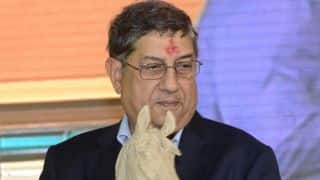