Messi has lost three finals with Argentina in the last three years.

Lionel Messi shook the Monday morning of the football fraternity and fans across the globe when he announced international retirement following Argentina’s defeat to Chile in the Centenario Copa America 2016. After being goalless for 120 minutes, the match was decided via penalty shootout, which was won 4-2 by Chile. Messi came in to take Argentina’s first shot and he missed it terribly leaving the Argentine fans in tears in the Metlife Stadium stands. It was Argentina’s second consecutive Copa America Final defeat and both times it was Chile who went past them through penalty shoot outs. READ: Copa America 2016: Chile prevail 4-2 over Argentina on penalties to retain trophy

After the match, speaking to the media, the Little Man said, “The National team is over for me.  It’s my decision. it hurts not to be a champion.” Messi has lost three finals with Argentina in the last three years (Copa America 2015, 2016 and FIFA World Cup 2014). Messi retires from international football without any major trophy.

Argentina dominated throughout the tournament with Messi on a goal spree. The Barcelona forward scored five goals in this Copa America tournament – one behind the leader Eduardo Vargas – despite not starting the first two games. 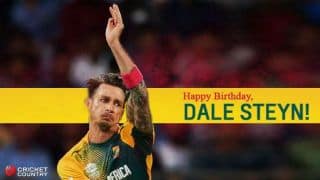