London: Manchester United head coach Louis van Gaal has termed as a “mental blow” their 2-3 loss to West Ham United, which forced their European Champions League football qualification out of their hands. A brace from forward Anthony Martial put United 2-1 up till the 72nd minute on Tuesday but West Ham scored twice in the next eight minutes through Michail Antonio (76th) and Winston Reid (80th) as the hosts bade farewell to their 112-year-old home, the Boleyn Ground. Top four EPL teams qualify for the next season’s Champions League and as things stand, champions Leicester City (80 points), second-placed Tottenham Hotspur (70 points) and third-placed Arsenal (68 points) have qualified for the continent’s premier club tournament.

With a round of games to go, fourth-placed Manchester City have 65 points and their cross-town rivals United have 63. In their next fixture, United not only have to beat Bournemouth on Sunday but also will hope that 11th-placed Swansea City beat Manchester City. “We have fought the whole season for a qualification position for the Champions League. And still we are fighting until the end. On the last day we can finish fourth. It’s still possible… only now we are depending on City,” van Gaal told his club’s website, manutd.com on Tuesday.

“Before this game we had it in our own hands, so that’s the difference. Every defeat is disappointing. Tonight is a mental blow but against Bournemouth we have to give everything so we don’t give Manchester City a free trip into the Champions League.” The Dutchman also regretted the fact that two of their final goals conceded came from set-pieces – which they should have avoided.

“I think the disappointment is because we were 2-1 ahead. We changed the match in our favour, in a fantastic way,” he reflected. “Then you lose because of the set-plays. I said before the match that we would try to organise everything but still we missed by centimetres. We had a lot of set-play goals against us and that is disappointing because it had a big consequence. You lose a game you have to win.” The coach also refused to blame the chaotic welcome to the squad’s bus as a reason for the loss. United’s team bus was pelted with bottles on their arrival at the ground. 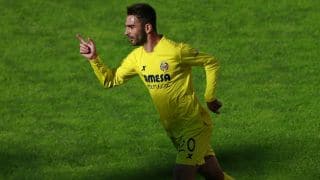 When MS Dhoni asked Sourav Ganguly, "Do you have a son or brother who can play for India?"