Rafinha was ruled out of the Copa America due to unspecified 'muscle soreness'.

Paris Saint-Germain winger Lucas Moura has been called up to Brazil’s national team for the centenary edition of the Copa America in the US, the country’s football confederation has said. The 23-year-old replaced FC Barcelona midfielder Rafinha on Tuesday who was ruled out of the tournament due to unspecified “muscle soreness,” reports Xinhua. Benfica goalkeeper Ederson was also cut from Brazil’s squad with a groin injury and replaced by Gremio’s Marcelo Grohe.

Brazil are already without their captain Neymar for the June 3-26 tournament after his club Barcelona refused to release him for both the Copa America and the Olympic Games in August.

They are also missing Bayern Munich winger Douglas Costa and striker Ricardo Oliveira, who were omitted from the squad last week due to injuries. Brazil will begin their Copa America campaign against Ecuador at the Rose Bowl in Pasadena on Saturday. 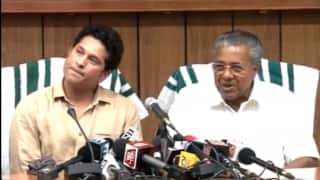