Jose Mourinho has finally been announced as the manager of Manchester United after days and months of speculation.

Jose Mourinho has finally been announced as the manager of Manchester United after days and months of speculation. Mourinho, who has been out of work since December last year, has penned a contract till 2019, with an option to extend one more season.  The announcement of Mourinho was expected, with rumors regarding him taking over having started since end of December. He comes in with a brilliant track record, having won titles in Portugal, England, Italy and Spain. The Portugese replaces Louis Van Gaal, who was fired by the club for failing to finish in top-4.

The CEO of Manchester United, Ed Woodward said: “José is quite simply the best manager in the game today. He has won trophies and inspired players in countries across Europe and, of course, he knows the Premier League very well, having won three titles here. I’d like to take this opportunity to welcome him to Manchester United. His track record of success is ideal to take the club forward,” revealed manutd.com

Mourinho will be the 3rd Manchester United manager since Sir Alex Ferguson stepped down from the post in 2013. Since then, David Moyes was first appointed, but was sacked within a year as United finished 7th that season. LVG then took helm at the club, and guided United to 4th place in his first season.

This season under LVG saw United fail to finish in top-4, as well as getting knocked out of UEFA Champions League group stages. The only positive which came from the season was the FA Cup succes, but it wasn’t enough to save LVG’s jon. Mourinho will be expected to lead the side back into the top-4, and lead them to a title charge soon. 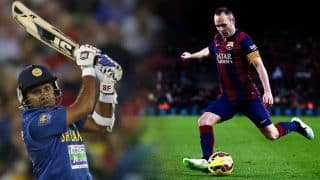