Bailly made 49 appearances for Villarreal since joining them in 2015

Manchester United boosted their defence ahead of the next football season with the signing of Eric Bailly on Wednesday from Spanish club Villarreal in a four-year deal. “Manchester United is delighted to announce that Eric Bertrand Bailly has completed his transfer from Villarreal CF, subject to successfully obtaining a work permit,” United said in a statement.

“Eric joins on a four-year contract with the option to extend for a further two years.” The 22-year-old becomes the first signing under newly-appointed chief coach Jose Mourinho, who is bidding to overhaul the United squad.

Mourinho said: “Eric is a young central defender with great natural talent. He has progressed well to date and has the potential to become one of the best around. We look forward to working with him to help nurture that raw talent and fulfil his potential. Eric is at the right club to continue his development.”

Bailly made 47 appearances for Villarreal since joining on January 29, 2015. The Ivory Coast central defender has made 15 appearances for his country and was part of the 2015 Africa Cup of Nations-winning team, having appeared in all six matches during the continental competition.

Bailly said: “It is a dream come true to be joining Manchester United. To play football at the highest level is all I have ever wanted to do. I want to progress to be the best that I can be and I believe working with Jose Mourinho will help me develop in the right way and at the right club. I am looking forward to meeting my new team-mates and to starting this new chapter of my life.” The British media have reported the transfer fee in the region of 30 million pounds ($43.7 million). 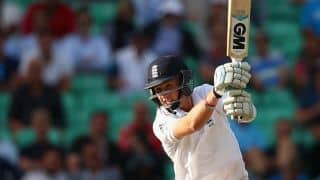