Manchester United have confirmed that the club have parted ways with manager Louis van Gaal.

Johannesburg: Manchester United have confirmed that the club have parted ways with manager Louis van Gaal, while a decision on his successor to be announced soon with Jose Mourinho being considered favourite to take charge at Old Trafford. Van Gaal came under constant criticism amid United’s failure to qualify for the Champions League. However, the Dutchman’s hopes of staying at the helm for the final season of his three-year contract with the club ended despite winning the FA Cup. United ended their troubled season on high with a FA Cup victory as van Gaal became the club’s first manager to win a major silverware since the retirement of legendary Sir Alex Ferguson in 2013.

In a statement released by United, van Gaal said he was very disappointed to be unable to complete his intended three year plan, but added that the FA Cup glory would give the club a boost for next season and enable them to move forward and achieve greater success, Sport24 reported. Meanwhile, Mourinho’s agent Jorge Mendes is believed to tie up the deal for his client today in Manchester. Mourinho, who was sacked as Chelsea boss in December last year, had served as van Gaal’s assistant at Barcelona from 1997 to 2000. He had won 21 major trophies in his glittering career. 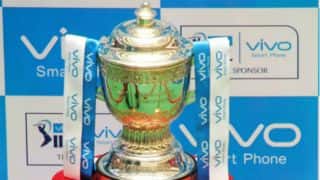 IPL 2016 fan parks to be hosted for Qualifier, eliminator and final