Barcelona forward Neymar has expressed his wish to represent Brazil at the Rio Olympics.

Rio de Janeiro: Barcelona forward Neymar has expressed his wish to represent Brazil at the Rio Olympics in August, national team coordinator Gilmar Rinaldi said. “Neymar wants to play,” Rinaldi was quoted as saying on Monday by the Folha de S.Paulo newspaper, Xinhua news agency reported. It is understood the Catalan giants are loath to release the 23-year-old for the quadrennial tournament, which will come less than six weeks after the centenary edition of the Copa America in the US. “We have said that we want to work with the clubs to talk about how the players are physically and technically. We still haven’t made any requests to the clubs.”

Under Olympic rules, competing teams may include up to three players over the age of 23 in their squads. It is understood Brazil hopes to select Neymar, Willian (Chelsea) and Miranda (Inter Milan). The Olympic football tournament will be played from August 4 to 20. 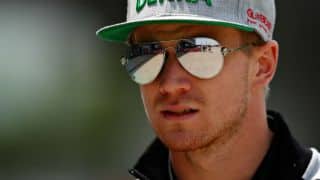