Madrid: Spanish football club Granada has confirmed the signing of former Rayo Vallecano coach Paco Jemez in a three-year deal. Jemez on Monday signed for Granada after four campaigns with Rayo which ended with the Madrid-based outfit being relegated to the Spanish Second Division (Liga Adelante) at the end of last season, reports Xinhua. Nevertheless Jemez earned himself a reputation as a man who made the best of his club’s low budget and the large turnover in footballers at the end of every season. He is also known for his cavalier style of play which saw Rayo always try and play attacking football against all of their rivals, rather than trying to sit back and defend.

This style earned Rayo enough points to survive in the Primera Liga for Jemez’ s first three years in charge, but also led to some crushing defeats, such as this season’s 1-10 humiliation against Real Madrid in the Santiago Bernabeu Stadium. Last season, Granada avoided relegation in the penultimate week of the season, but the club’s sale to Chinese businessman Jiang Lizhang means they now have more money to spend with Jiang saying his aim for Granada is to qualify for European competitions within the next three seasons. 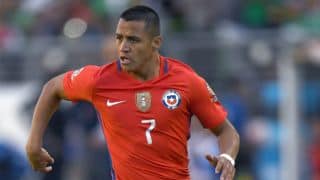