Local media earlier claimed that Blaugrana officials were recently in Sao Paulo to negotiate a deal for the Brazil under-23 international.

Brazilian giants Palmeiras have denied reports that Barcelona have made a 19 million-euro offer to sign teenager Gabriel Jesus. Local media earlier claimed that Blaugrana officials were recently in Sao Paulo to negotiate a deal for the Brazil under-23 international, reports Xinhua. “There are no talks taking place,” Palmeiras director Alexandre Mattos told reporters on Saturday after Palmeiras’ 3-1 victory over Santa Cruz in Brazil’s Serie A championship. Gabriel, who can play as an attacking midfielder, winger or striker, has been a revelation for Palmeiras this year, scoring 13 goals in 24 matches across all competitions. He is expected to be one of the first players picked in Brazil’s squad for the Rio Olympic Games football tournament in August.

Earlier this month, Gabriel’s agent, Cristiano Simoes, revealed the 19-year-old had a buy-out clause of 40 million euros written into his Palmeiras contract.

The fee is discounted to 24 million euros for Manchester United, Barcelona, Real Madrid, Bayern Munich and Paris Saint Germain, according to Simoes. 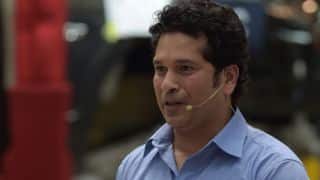